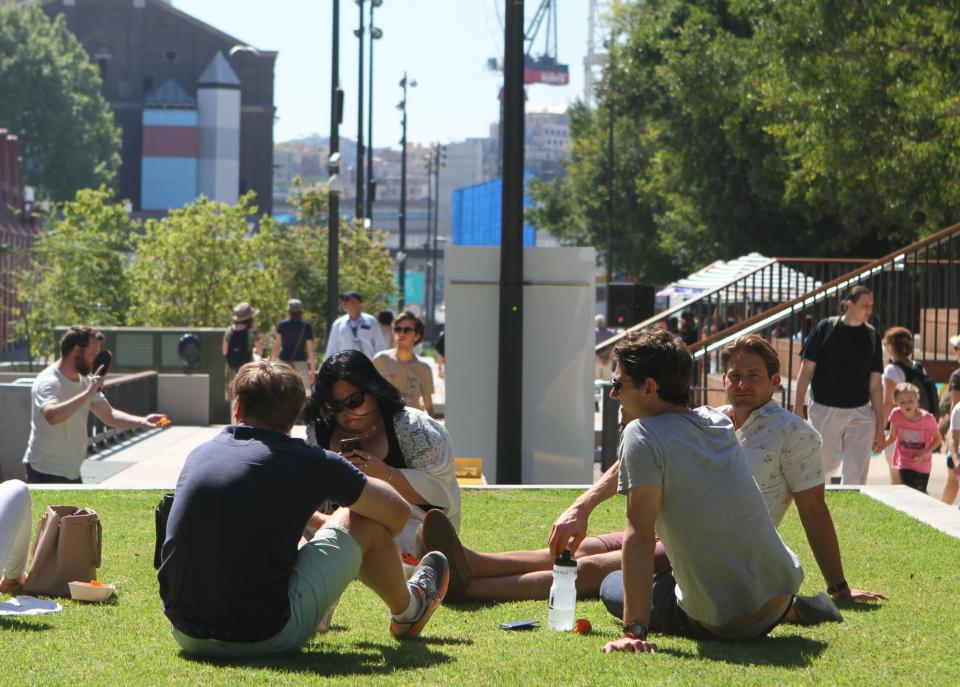 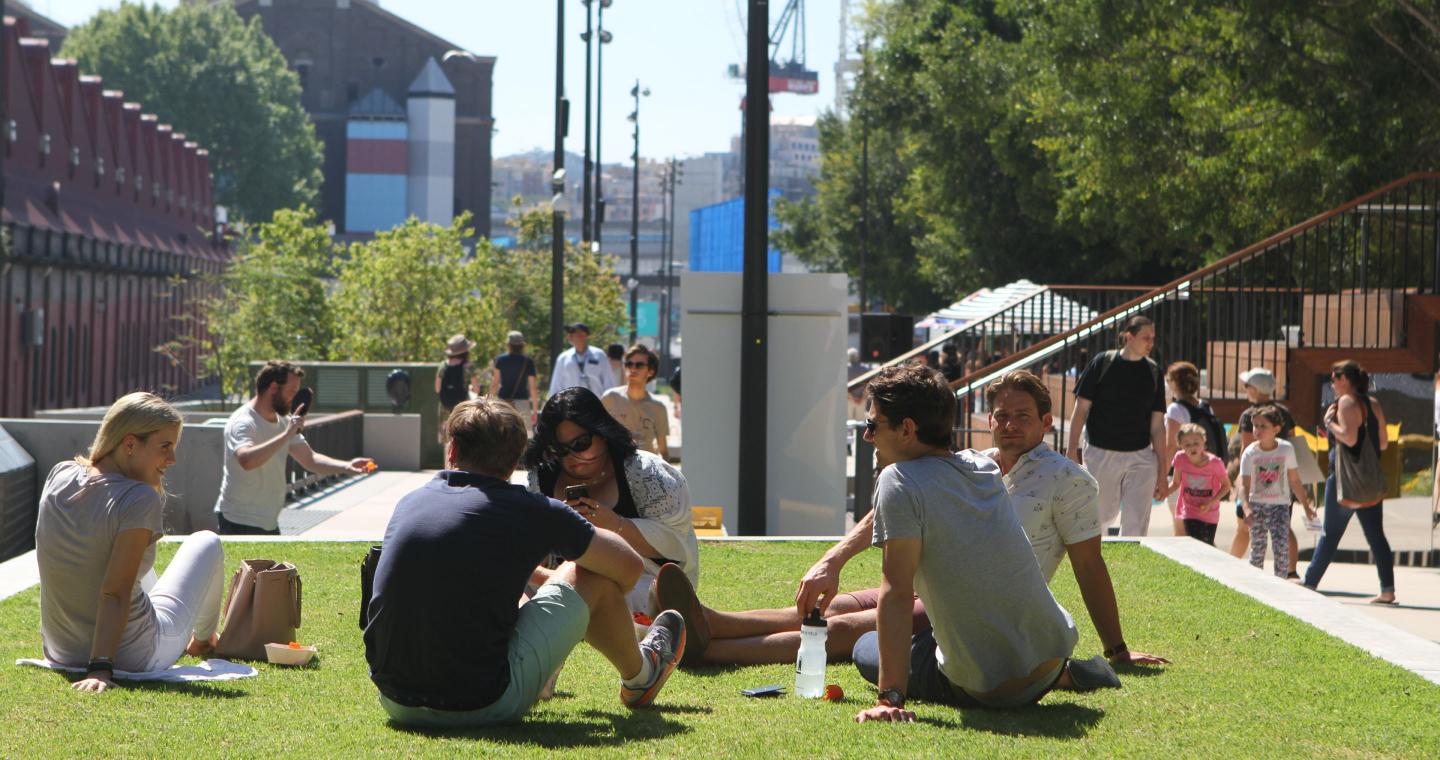 The spaces in-between was the theme of an extensive public discussion at the recent 2015 Sydney Architecture Festival where Scott Carver’s Bob Perry was invited to present Place Metrics at the Yellow Table event held at the newly opened Goods Line in Ultimo.

In his role as Chair of Place Leaders Asia Pacific, Bob is one of the leading commentators on place making in our region. Inspired by the thinking of cultural anthropologist, Edward T. Hall, Bob presented Proxemics, a term coined in1963 to be defined as “the interrelated observations and theories of man’s use of space as a specialized elaboration of culture”. At its most basic level Hall depicts 4 realms of space, which can be defined by Intimate Space (500mm), Personal Space (1.2m), Social Space (2.5m) and Public Space (7m).

Bob was intrigued about how these realms interact in Robert Doisneau’s 1950’s photograph, Le baiser de l’hôtel de ville (Kiss by the Town Hall), depicting a couple kissing in the busy streets of Paris. What makes a space in which people feel comfortable and safe enough to intimately embrace each other. A well-designed space.

While Hall’s proxemics make for a good foundation to understand the connection of humans and their interaction with space, what Hall suggested was that anything beyond these 4 realms of space could no longer be defined by social parameters. As Bob proposes, this has the potential to limit the imagined possibilities for how we approach architecture and the design of space and place.

In addition, our rapid digital evolution and unprecedented urbanization warrants a more inclusive and increased scale of spatial metrics.

For this reason, Bob observed two more realms of space for inclusion beyond Hall’s original proxemics – civic space and cyber space which have become increasingly important realms for the formation of social tribes and enable us to effectively ‘retribalize’, particularly via online social networks.

It is through this idea of social tribes that we acknowledge that what is often assumed to be the disconnect between people and space through the use of social media, is actually playing out as the precursor to the formation of social groups and gatherings, now at our fingertips. People are essentially becoming a part of a much larger, broader and some would say more dynamic space. But what does this blurring of private and public space mean for designers?

Given there is private and public elements in all that we do, it is interesting how many individuals choose for these parallel spaces to intersect and create simultaneous intimate and cyber spaces.

This influences design as we begin to think about how these scales of space impact our physical output. It also means that a variety of scales of spaces are needed in any one place to enable all of these activities to occur, as behaviour outputs of tribal code. Tribes that are formalizing as a response to digital media, communications technologies, mass urbanization, global travel and connection.

So in order to activate great places this collective scale of spaces must be present to create and function as a liveable space.

According to the 2015 Sydney Architecture Festival this is an important topic to consider as part of the ongoing dialogue about place making. “In a rapidly growing city, our new buildings matter. But so do the spaces in-between. Great public space is about a backyard we can all share. But is size the only factor? Open space doesn’t need to be big to have a big impact. How do we make the most of the spaces we have; that welcome, include and remind us that it takes all types to make a city?”

For more information check out Meld Studios visual summary of Bob’s presentation and other big ideas covered at this year’s Sydney Architecture Festival and let us know what you think. 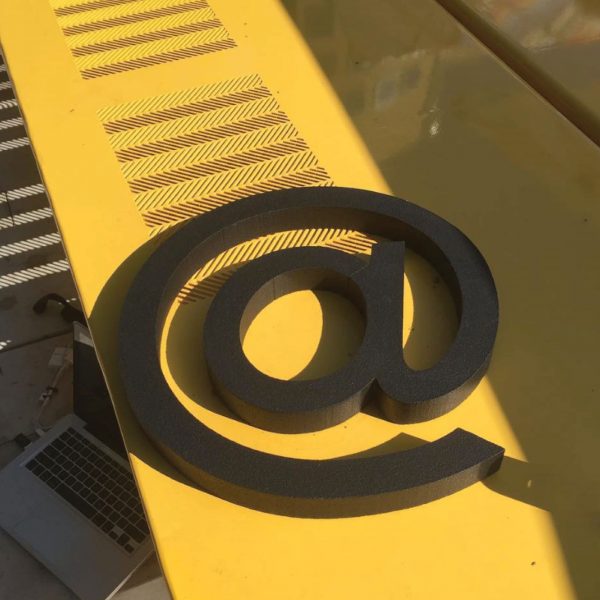 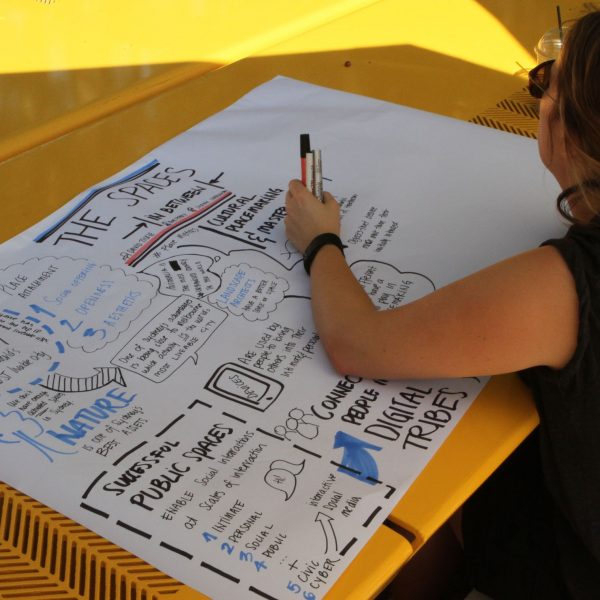