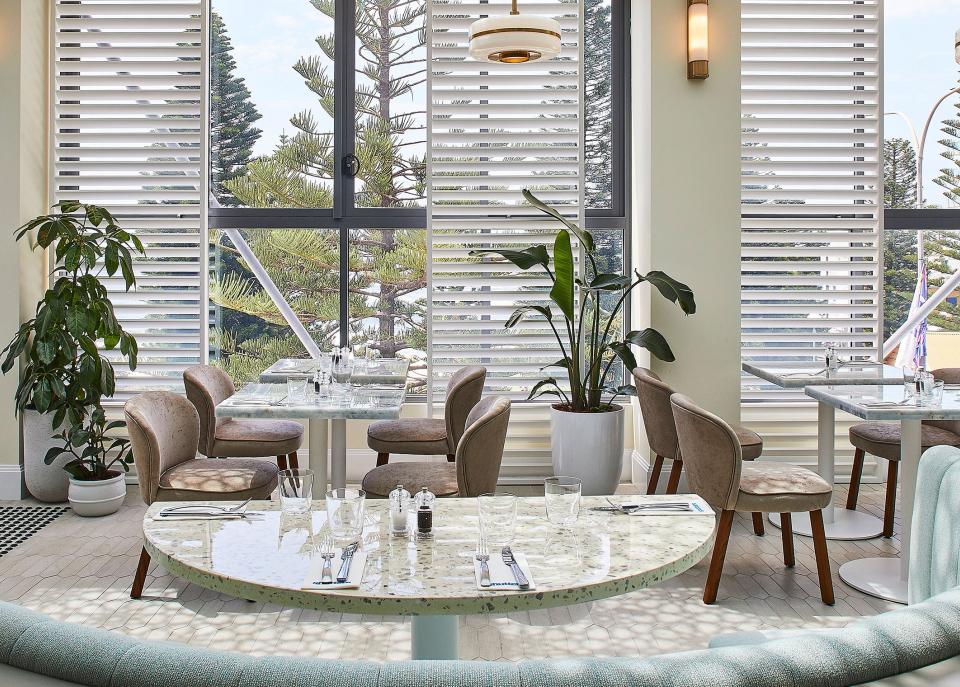 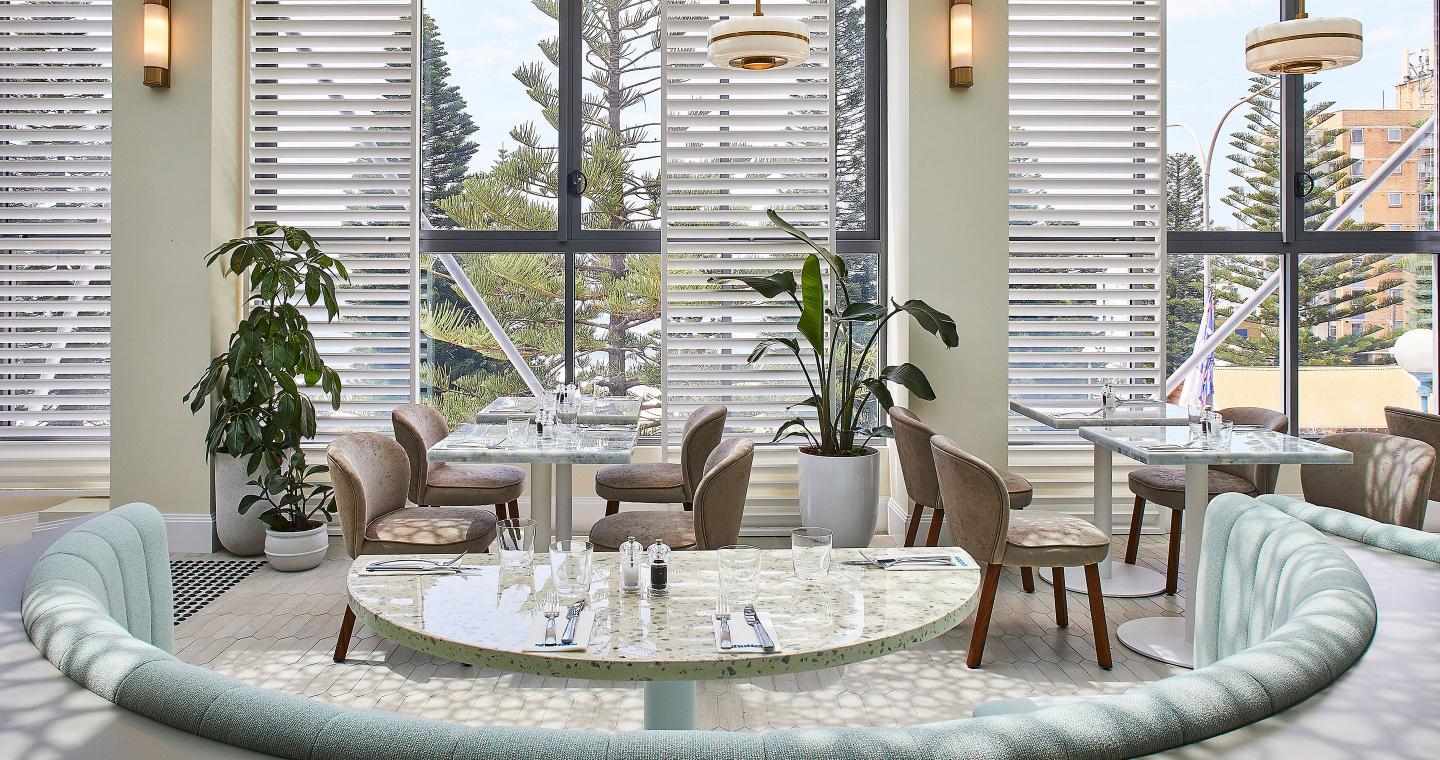 Located at the intersection of Carr Street and Arden Street, and opposite to Coogee Beach, Crowne Plaza Coogee has enjoyed a place of prominence on the Coogee foreshore for over 25 years. Whilst its desirable position provides an opportunity to be an active participant in the bustling seaside community, the hotel has faded into the background over time, instead becoming a bystander of the action, allowing crowds of tourists and locals to pass by. The redevelopment of this seaside icon firmly repositions the hotel into a hospitality destination for locals and tourists alike, creating an ambiance befitting of it’s vibrant address. Scott Carver had the pleasure of fulfilling the role of both Lead Architect & Landscape Architect on the project, the latter of which we look forward to sharing with you in a future article.

The success of this project was reliant on the flawless execution and cohesion of a multitude of elements. With efficiencies in both cost and time being of equal importance to a high-quality design outcome, our role as Lead Architects was firmly entrenched in coordination and collaboration. Additionally, the clients’ desire to transform the hotel into a vibrant F&B destination that would interact with the environment is sits within, required an ability to execute on the individual components whilst also looking across the entirety of the project.

As this was a new asset for the owner, the design process evolved as they better understood the existing conditions of the building creating a somewhat fluid process. This relied heavily on the Crowne Plaza management staff and, in particular, their Engineer whose years with the hotel brought an exhaustive knowledge of the ins and outs of the building. Alongside this fluidity, were careful planning strategies in the project staging that would ensure the hotel could remain fully operational throughout the refurbishment, requiring collaborative scheduling with the Project Manager to synchronise the work stages with the cycles of the hotel i.e. conference season.

This required a careful balancing act of agility and planning, as well as continually steering focus back to the end goal. This formed a key part of our role, along with the navigation of change and process to realise the project ambitions whilst ensuring compliance, budget and program were not compromised. The evolutionary nature of the project placed collaboration and partnership at the forefront of the process, forging a true partnership approach between the client, project manager and consultants.

The major success of the project is in the vibrancy of the new visitor experience, transforming Crown Plaza from solely a hotel, into a variety of venues and spaces for the enjoyment of guests and locals alike. In addition to upgrading a 25-year-old venue to meet contemporary expectations, the redevelopment provides much needed uplift to improving its public interface with the Coogee foreshore, where Crown Plaza enjoys pride of place. Despite this prominent position, their F&B offers at this level were not benefiting from passing trade – the hotel was dated, and it suffered from the competition of the Coogee Bay Hotel next door and Coogee Pavilion nearby. Reimagining the F&B at street level and, in particular its outdoor space has brought a significant increase of foot traffic into the venue. The architectural changes to the Level 1 F&B offers have allowed for better connection to the ocean views, drawing in more patrons into this space as a destination in its own right; rescuing the space from existing solely as a bar for hotel guests.

The alterations to the porte-cochere highlight the Carr Street entry to the hotel and provide a seamless transition from the public domain to the private. Its architectural language and improved materiality accentuate the coastal prominence of Coogee and translate into the existing awnings that wrap around the corner and run above Carr and Arden Streets. Additionally, the modifications to the existing Crowne Plaza Hotel will benefit the community by enhancing and opening the facade, which in turn, will increase passive surveillance and promote pedestrian movement along the public domain. The increased pedestrian activity will also benefit from the installation of improved street lighting along the hotel’s facade.

The successful redevelopment of Crowne Plaza Coogee is a testament to the collaborative effort behind the project and, to the desire of the owners to transform the hotel into an asset that rises to meet the energy of the seaside community that surrounds it. This invigorating redevelopment breathes new life into the hotel and creates a contemporary F&B offering to entice passing trade, ensuring its future success as a thriving destination for years to come. 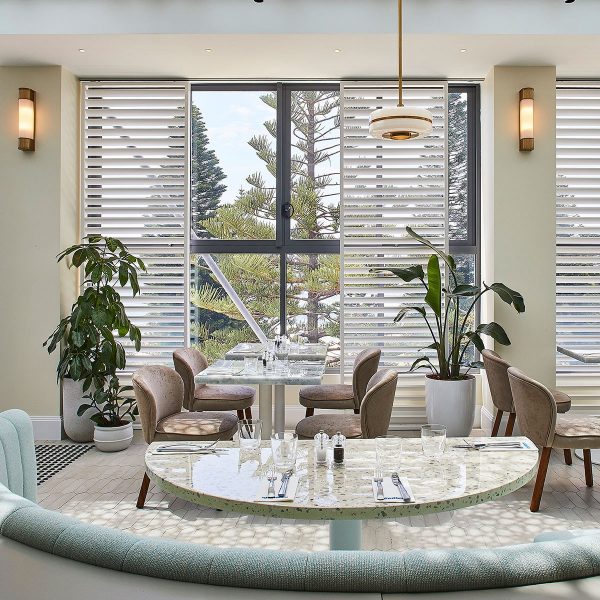 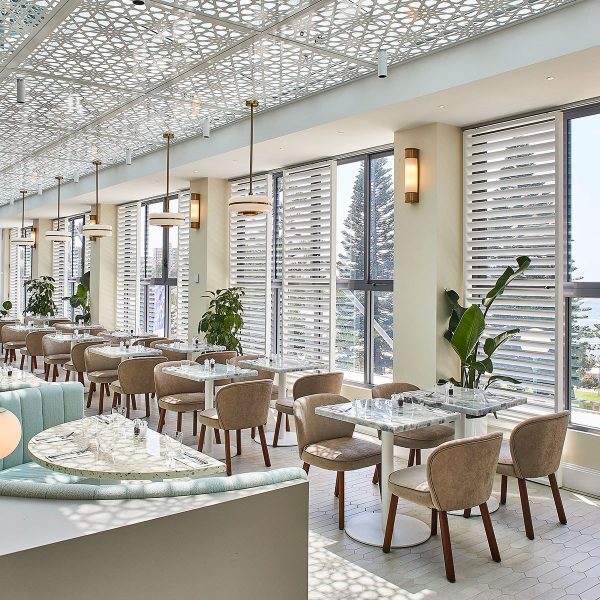 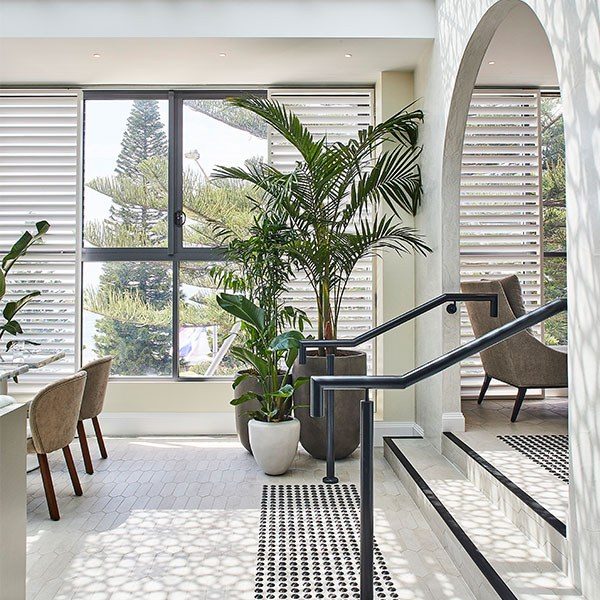 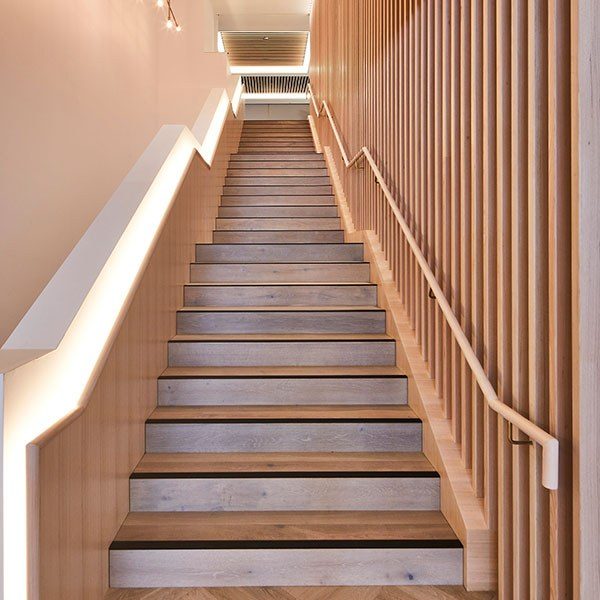 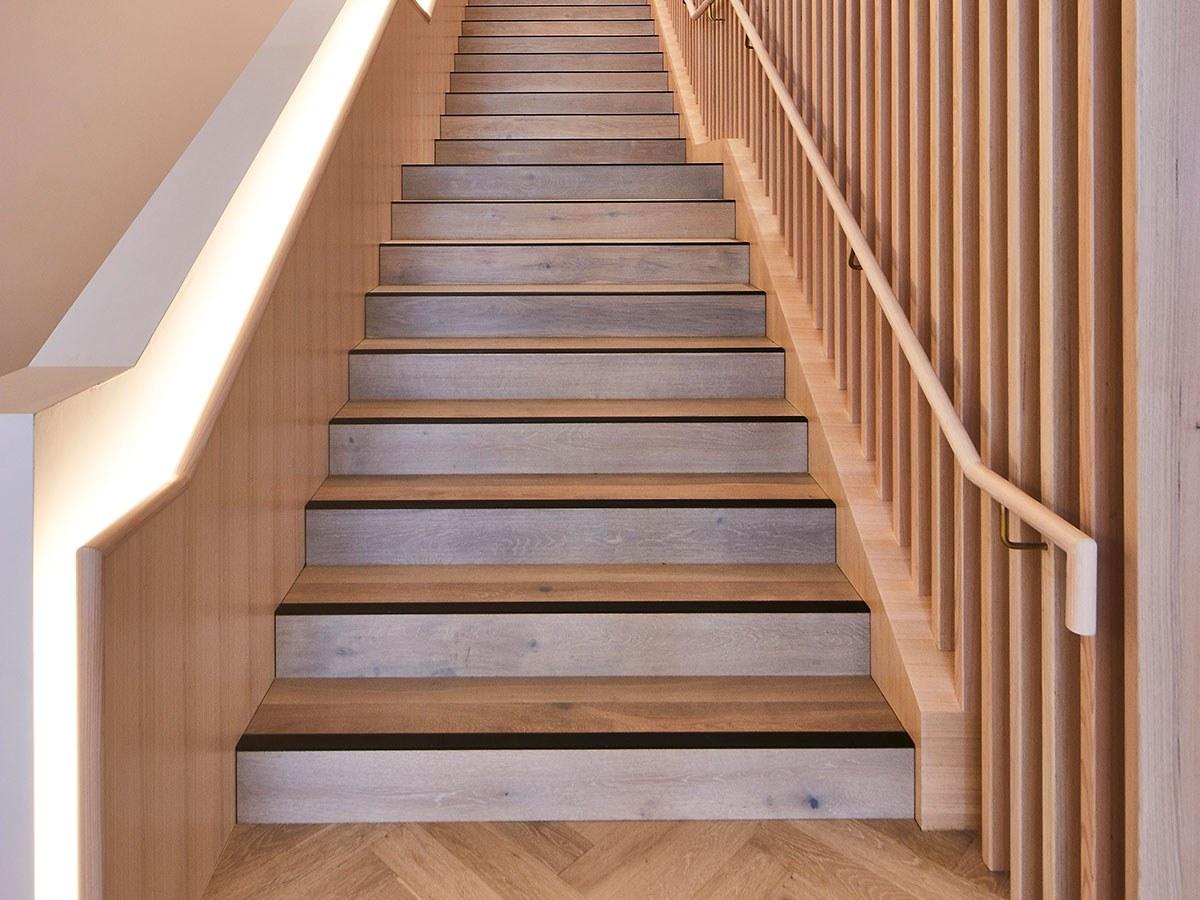 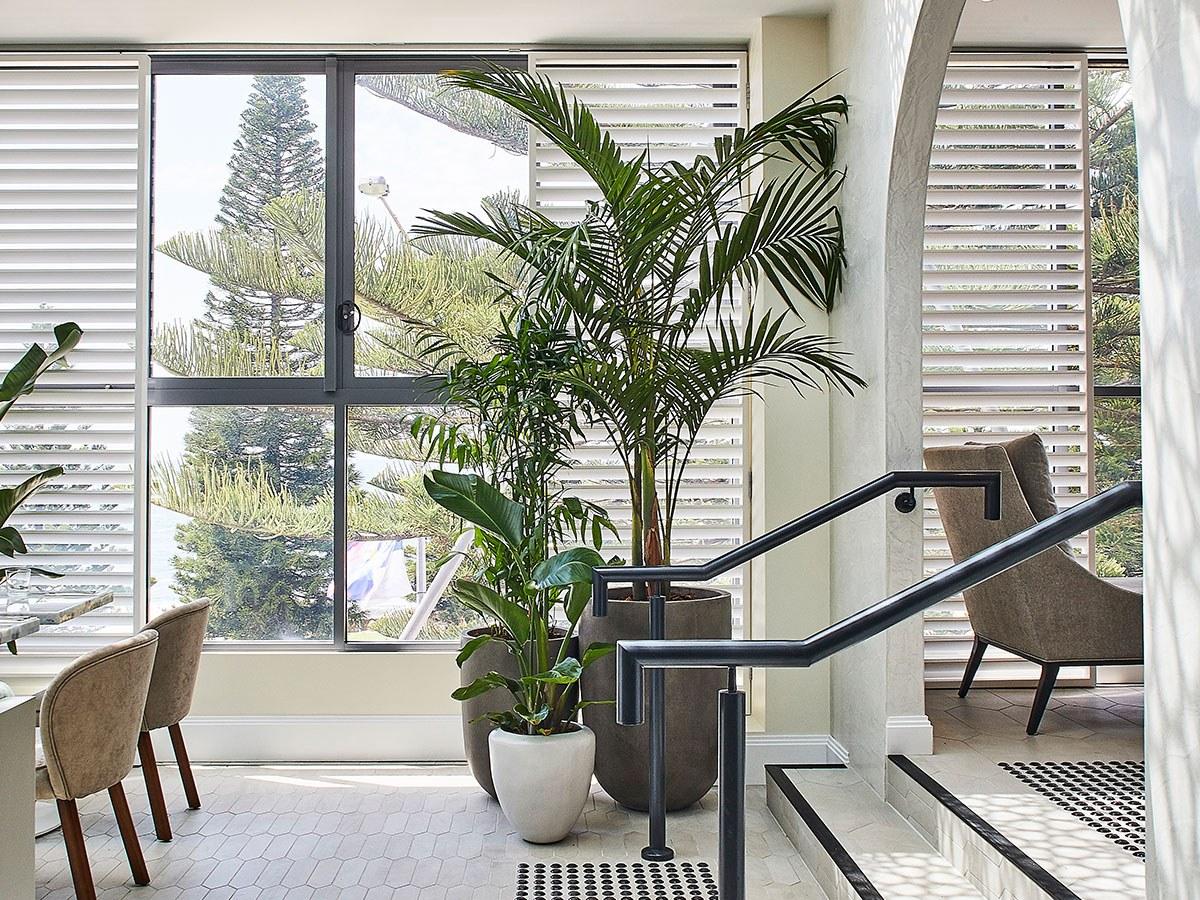 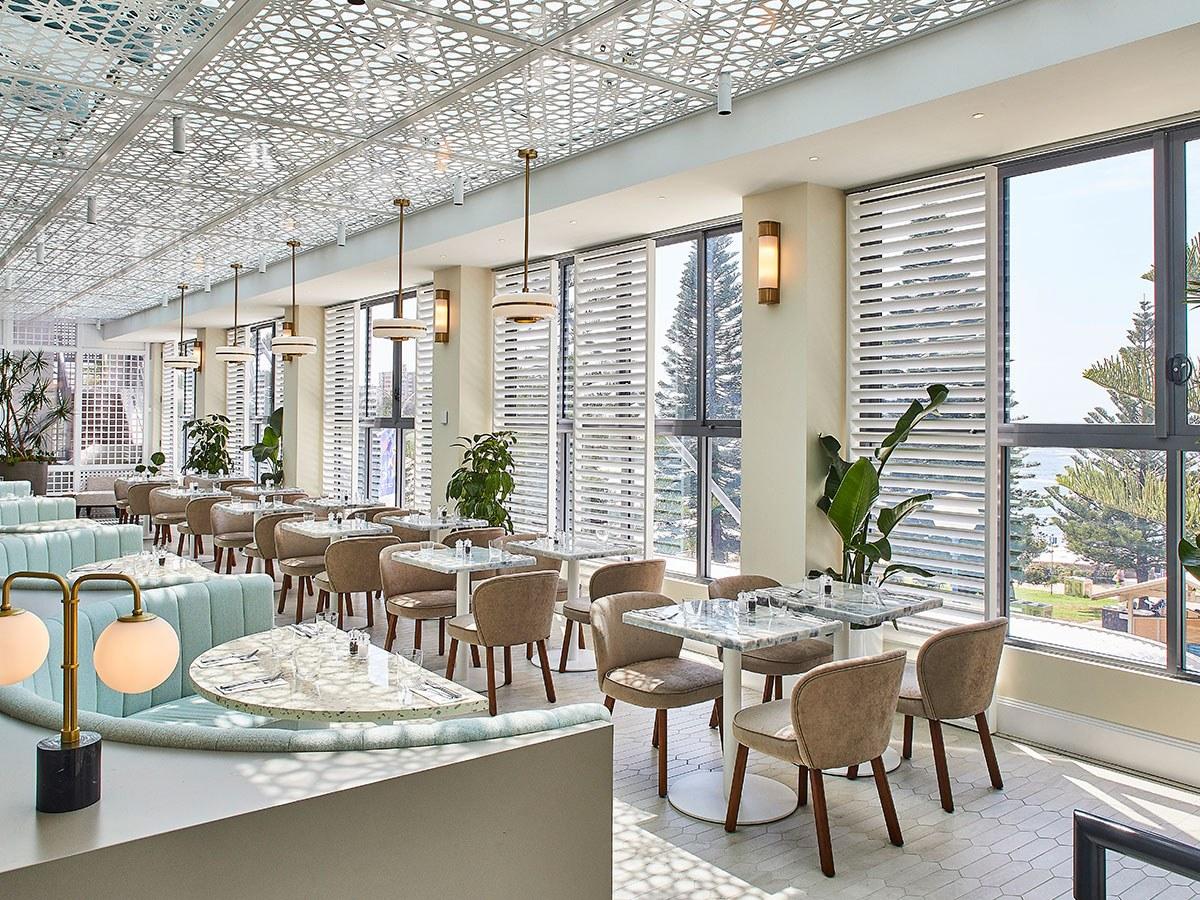 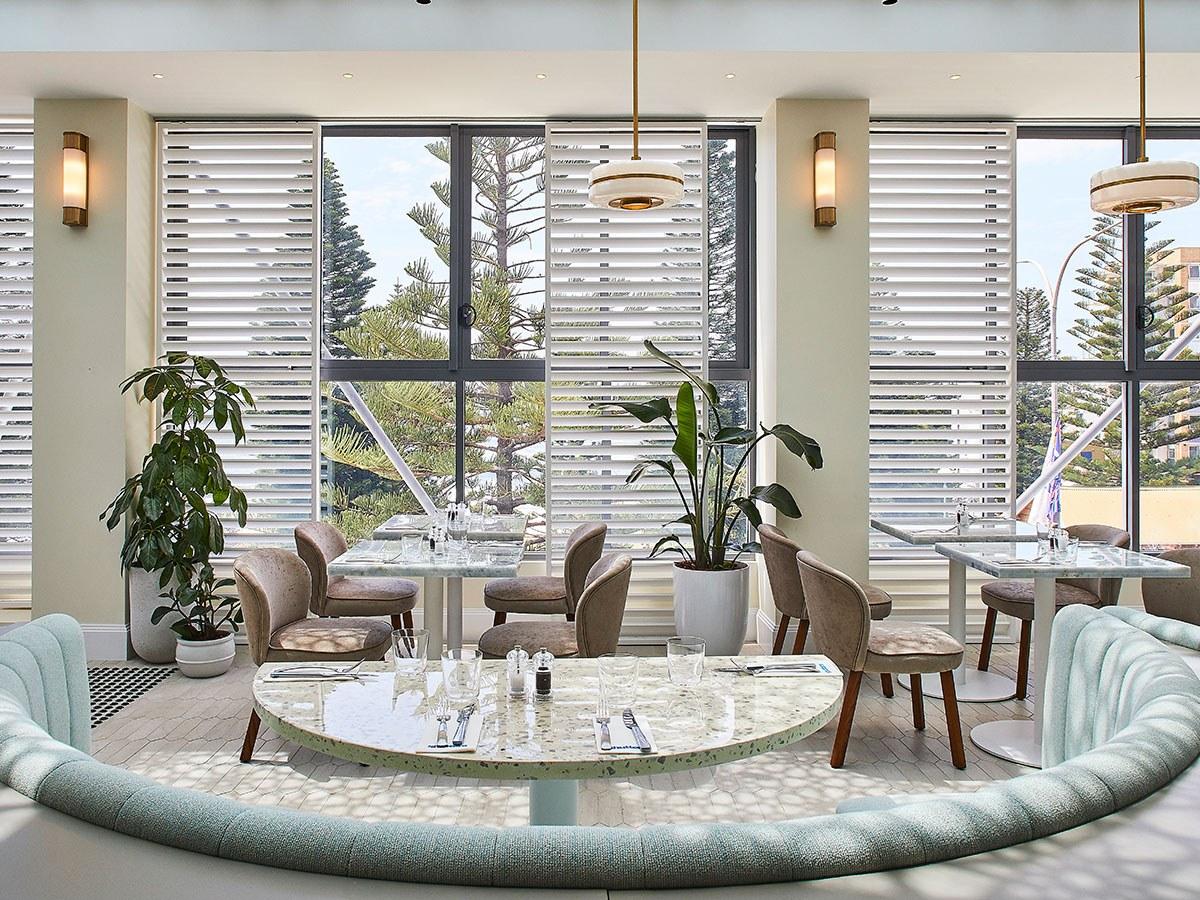