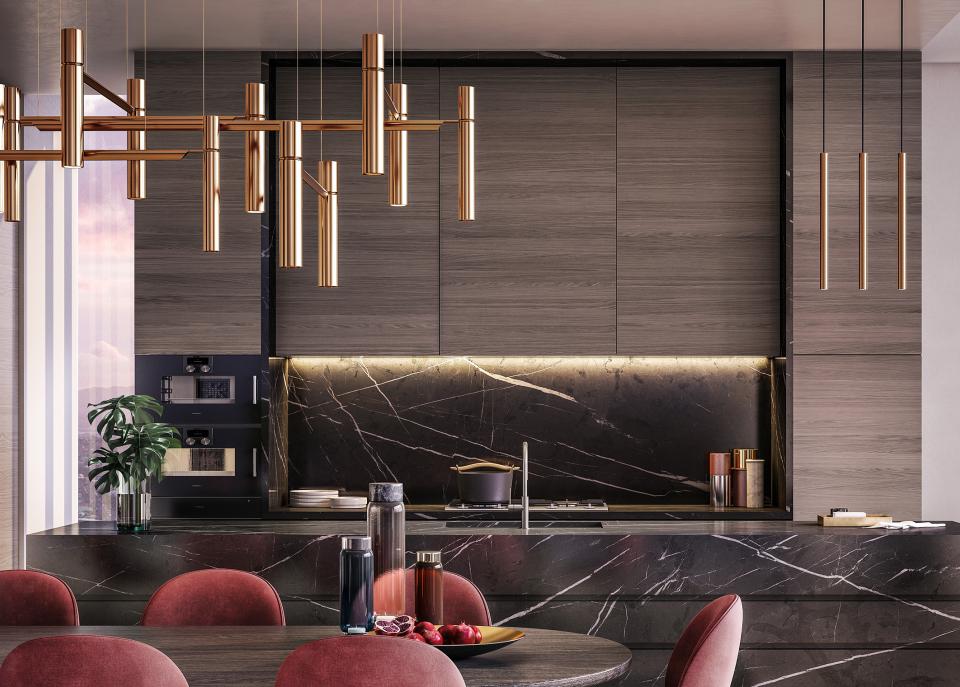 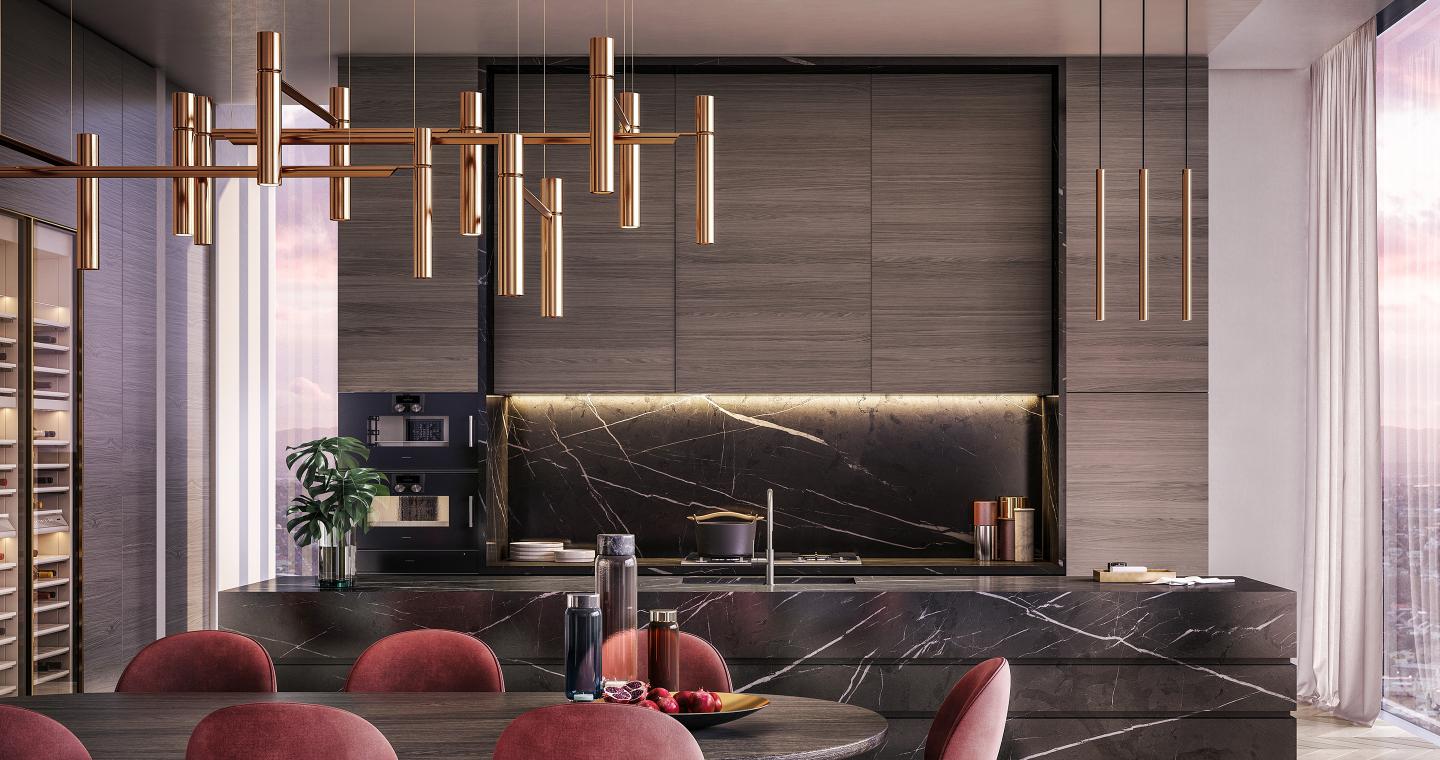 ...This is the street every Kiwi will want to visit

Remarkably, it’s taken Australian property developers to spot the potential of this Albert Street precinct. With its row of Edwardian buildings that back onto the refurbished St Patrick’s Square around the cathedral, the block between Wyndham and Swanson Streets fit the criteria of interesting-with-design potential for Dean Rzechta, who heads Ninety Four Feet with his brother Jonty. Dad Henry, who’s been in property for more than 35 years, is chairman of the company Dean named in honour of his first career in professional basketball (the length of the court is 94 feet).

51 Albert is the group’s first project in New Zealand, and the company is also one of three shortlisted for the long-in-the-planning Lakeview community above Queenstown.

Rzechta, with investment director, New Zealander Paul Burnaby, spotted the opportunity to convert a 1912 auto showroom, built originally for importers Dexter and Crozier, into a hotel topped by residential tower, the fourth hotel development for the company.

“Dean has been over here researching New Zealand for more than two years,” says Matt George, 94 Feet’s director of sales and marketing. “We see some good things happening here. We see a shortage of hotels and strong [growth] over the next ten years, not just in Auckland but also in Wellington and Christchurch.

“There’s real regeneration going on in the precinct, and we like the heritage.”

George says the company, with its history of converting B grade sites into “amazing landmarks”, used its strong relationship with the international IHG hotel group to launch the first Indigo, in Australasia. The creative and neighbourhood-oriented boutique hotel of 225 rooms slated to open in 2021, is the first of six planned for the brand in the region.

The 41-floor tower sits above the three-storied showroom designed by F Ernest Smith, one of the first full-time architects in Auckland. The back of the showroom, which opens to St Patrick’s Square, gave Australian architects Scott Carver, who’ve worked on earlier projects for Ninety Four Feet, the chance to create a lively street and entrance to both sides of the building. Rzechta’s brief was for a “refreshing and dynamic food and beverage experience that is an integral part of an emerging, vibrant Auckland”.

It fell to the team at Scott Carver to combine authentic local experiences with modern design. Taking the old building back to its glory days involved digging into the history of the street, says Tina Fox, project lead for interior design. When the original foundry that covered this block of Albert Street was demolished in 1910, the area became home to automotive businesses.

“That’s so much inspiration as there’s a thread to carry through the whole building,” she says. “From the hotel up through to the residential, there’s a coherent story that works its way up.”

Architect Geoff Gillman took his cue from the huge arched and gridded windows of the original showroom, translating that into gridded windows of the modern tower. The 30 residences that go up from the 27th floor (at over 160 metres, it towers over the neighbouring ANZ tower) get floor to ceiling windows (even in the bathroom) for views across the city. Residents will use the hotel’s valet parking, room service and wellness centre. Burnaby says that the company is “laser-focused” on sustainability, as are the hotel operators. A significant number of the apartments have already pre-sold through Bayleys.

The automotive link is evoked in luxury finishes such as fine stitching, detailing in joinery that evokes old-school dashboards, brass and gunmetal fittings. The ground floor public spaces make the most of existing timber floors, using voids and laneways to connect the lower Albert spaces with the ones on the square, a floor above. 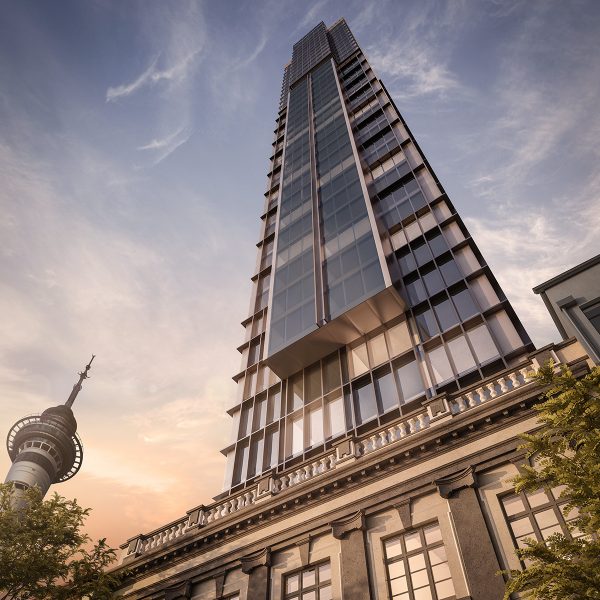 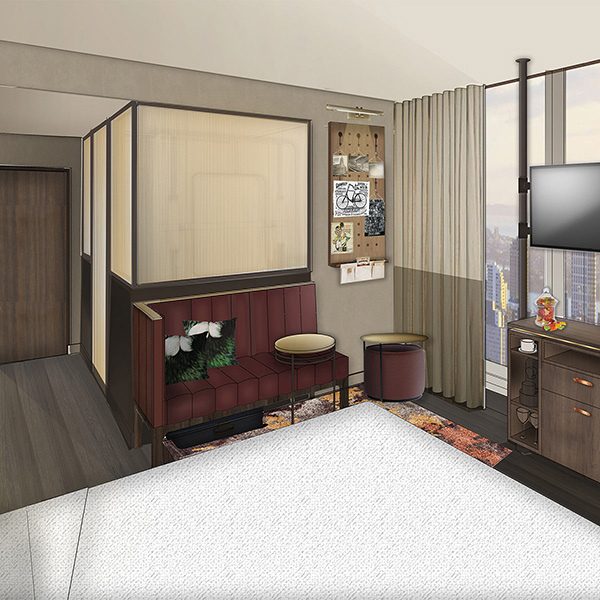