Cultural projects vary greatly in terms of their briefs, processes and outcomes, however there are some similarities that characterise them. Firstly, they often require deep collaboration with a diverse list of project consultants, stakeholders, and often with other design colleagues. Secondly, they need to arise in response to their place. And thirdly, they are by nature, places for the community. Across these common factors, a key quality that we work hard to instil is respect.

‘With the proposed overarching theme of a ‘Place for All’, the design response respects all its people with the aim to create cultural bonds, and an ambition for the Australian War Memorial to be a place of social inclusiveness, A place where one discovers, understands, reflects and has their spirit touched.’

As an enduring, culturally significant symbol of remembrance that commemorates those who served our nation, the Australian War Memorial has a special place in the hearts and minds of Australians. The community is an important stakeholder in projects like these, and so, a six-week consultation period was embarked on to engage and seek the public’s views on the future of the Memorial, including the new Southern Entrance designed by Scott Carver. The process included 3 information sessions and elicited public submissions that were taken into consideration and integrated into the design, then reflected in a report by the National Capital Authority that assessed the scheme. Project Director Doug Southwell notes, ‘It was rewarding to see that the report acknowledged the success of the process and that the scheme had been designed in a manner that strengthens the geometry of the Griffin Plan, with the alterations strengthening the built elements of the site and the land axis.’

Collaboration extended beyond community into the professional realm, and key to the success of the New Southern Entrance was the opportunity to work alongside a broad range of design experts and colleagues, including Cox, Lyons and Guida Mosely Brown, who were charged with design on other parts of the Memorial. Lead architect and principal Edward Salib noted, ‘With the approach of respectful collaboration, a natural synergy between the teams was formed, working collectively towards a common vision and goal, and achieving design consistency throughout the precinct.’

Above all though, the design collaboration extended to the passionate people working within the Australian War Memorial — those responsible for the design and project management, the user groups and stakeholders, who bring a deep passion and understanding of the purpose of the Memorial. True collaboration relies on meaningful engagement with those who will care for the building once completed.

The new Southern Entrance marks the beginning and end of the journey through the Memorial proper, providing a place to orientate and connect both physically and emotionally. These important functions defined the project’s core design principles — Context, Experience, Orientation and Connection.

Contextually, the Australian War Memorial sits on one of three key radials of the great Griffin Plan, connecting Capital Hill with Mt. Ainslie. It is in keeping with this symmetry that the new southern entrance was placed, creating three distinct design moves that define the experience and orientation, and connecting new with old.

The first key move was the introduction of a new central focal nexus, The Oculus, to act as a physical, visual and emotional connection to the existing Memorial. This new element forms the keystone of the Southern Entrance. It is an orienting, unifying and reflecting element; a focal point that bookends the journey and experience through the Memorial. Sitting in line with the Hall of Memory, The Tomb of the Unknown Soldier, the Pool of Reflection and the Stone of Remembrance, it anchors the relationship of the new Southern Entrance with the existing linear and radial grids of the Memorial and contextually with the main Griffin masterplan axis. Conceptually, ‘The Oculus draws upon the scale and detail of the dome to the Hall of Memory,’ describes Design Director Nicholas Bandounas, whilst also ‘paying homage to the external finned structure and its wonderful Napier Waller-designed internal mosaic collage.’

The second move is to draw people into the building towards The Oculus via an arced radial wall that cradles the existing Memorial building and creates new landscaped entrances from the East and West. The sweeping wall creates a logical and instinctual wayfinding device that guides and encourages the visitor to be drawn to the heart of the building. Contextually, the arced wall draws on the geometry of Griffins original masterplan, where symbolic buildings are at the main axial intersections.

The third move is the creation of a building edge, a wall, which sits perpendicular to Capital Hill and the Mt. Ainslie Griffin axis. This wall, acting as a backdrop to the Stone of Remembrance, provides order, unity and symmetry to the Parade Ground. Cutting centrally through this wall is the key symmetrical centre stair that connects the Parade Ground up to the existing Memorial entrance.

It is through these key moves that the design respects its place, orienting the spatial planning and visitor journey to the existing axes and reaffirming the importance of the existing buildings and their ongoing relationship to the linear and radial grids of the Memorial, and to the original Griffin master-plan axis.

The Australian War Memorial is an enduring, culturally significant symbol of remembrance that commemorates those that gave their lives for our nation. As designers we had the responsibility to protect and extend this legacy, calling for a sensitive and respectful approach to the design and planning.

Our approach was underpinned by the notion of the Australian War Memorial being 'A Place for All'; A Place for our young to understand the sacrifices that built our nation. A Place for foreign visitors to learn about our nation’s strength and resolve. A Place for the families of the lost and families of current service men and women to honour and pay respect. A Place for all Australians to reflect and dignify the heroes of this country. A place for us to remember all.

Key planning and design decisions have therefore been based around providing a place that is inclusive, equitable and supported by an intuitive journey. Improved accessibility welcomes more people into the Memorial, with new lifts, accessible connections and integrated circulation providing a more comfortable, safe and shared experience. A considered entry and exit experience improves safety and provides harmonious integration with the existing architecture and landscape. And improved and new amenities cater to the diversity of users and promote flexibility in operation. Southwell explains ‘With the proposed overarching theme of a ‘Place for All’, the design response respects all its people with the aim to create cultural bonds, and an ambition for the Australian War Memorial to be a place of social inclusiveness, A place where one discovers, understands, reflects and has their spirit touched.’

We are honoured to contribute to this special place. 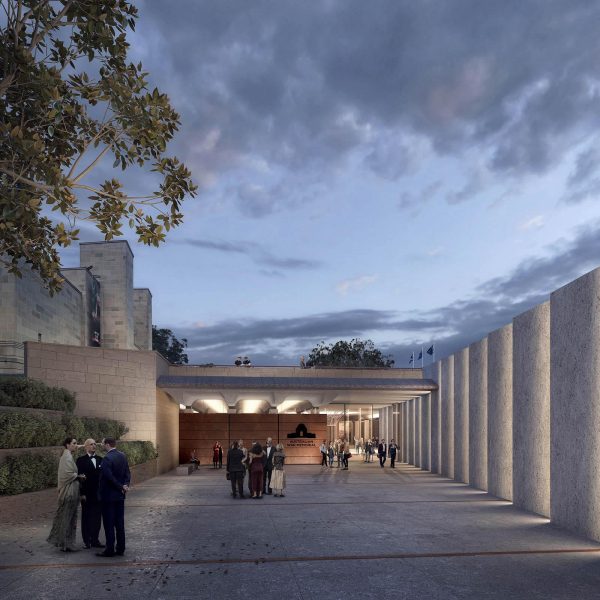 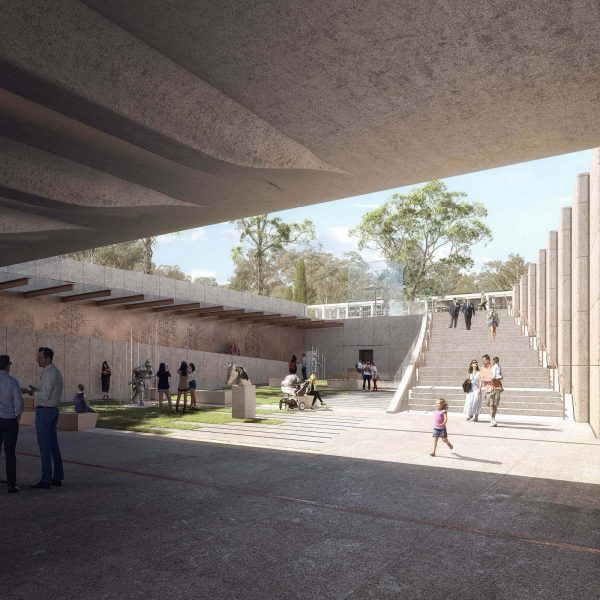 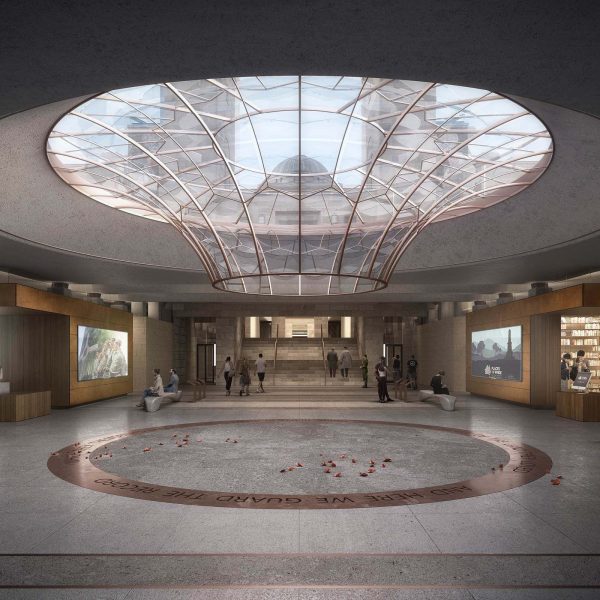 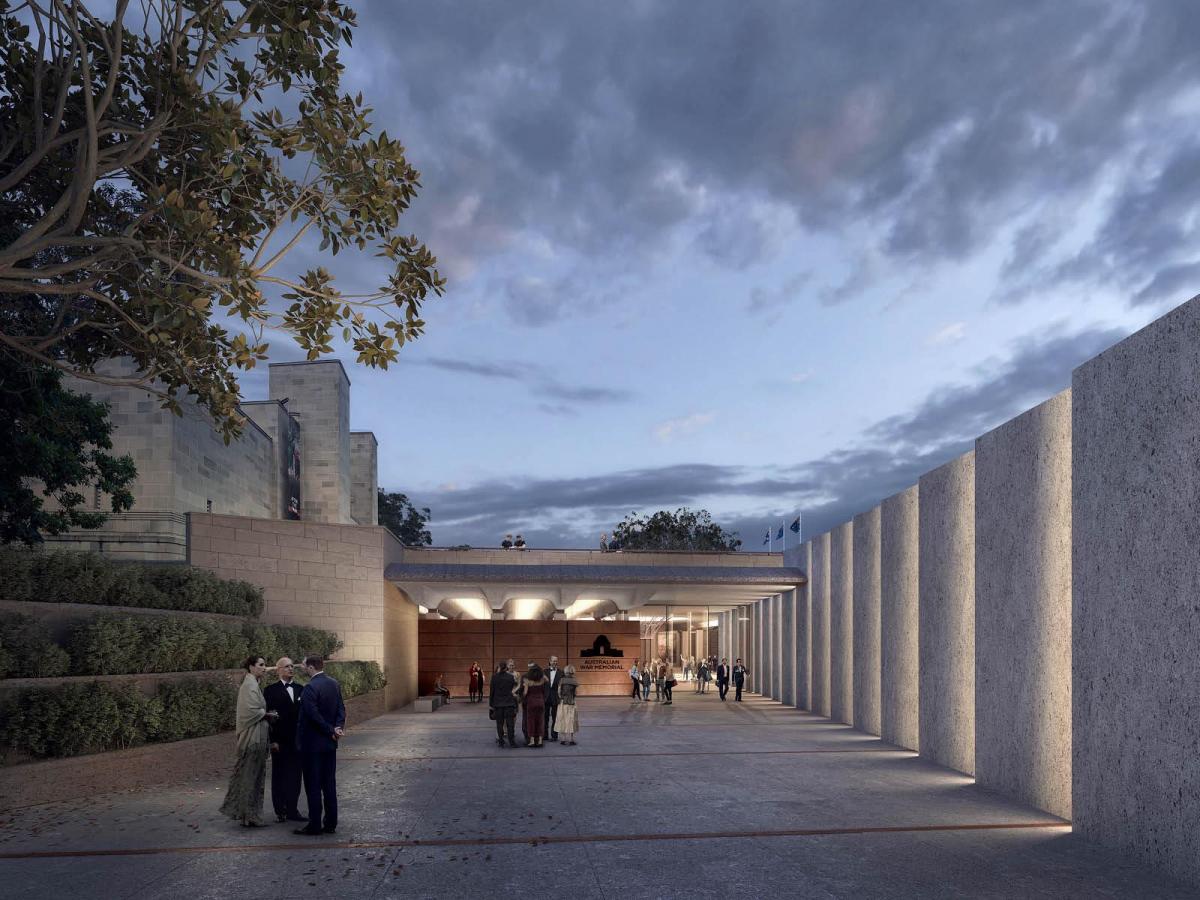 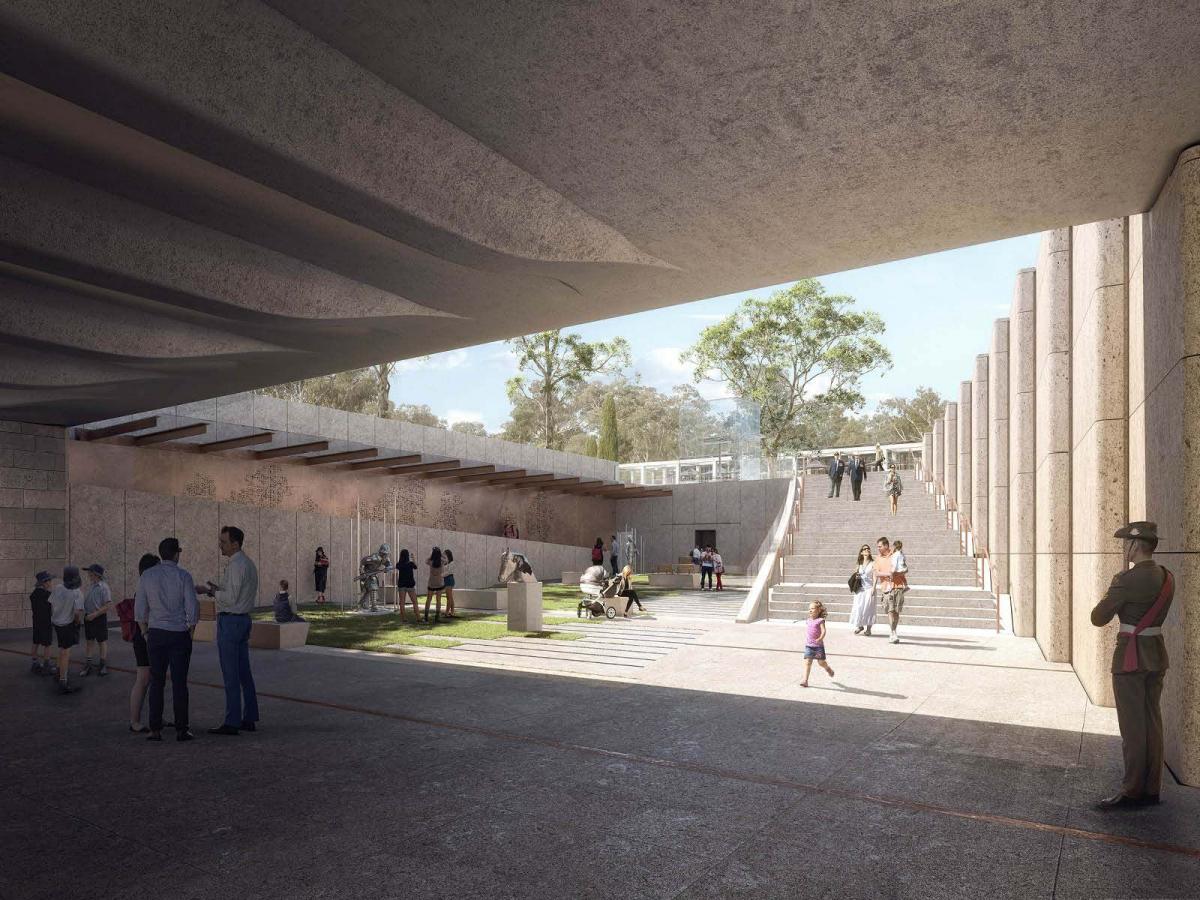 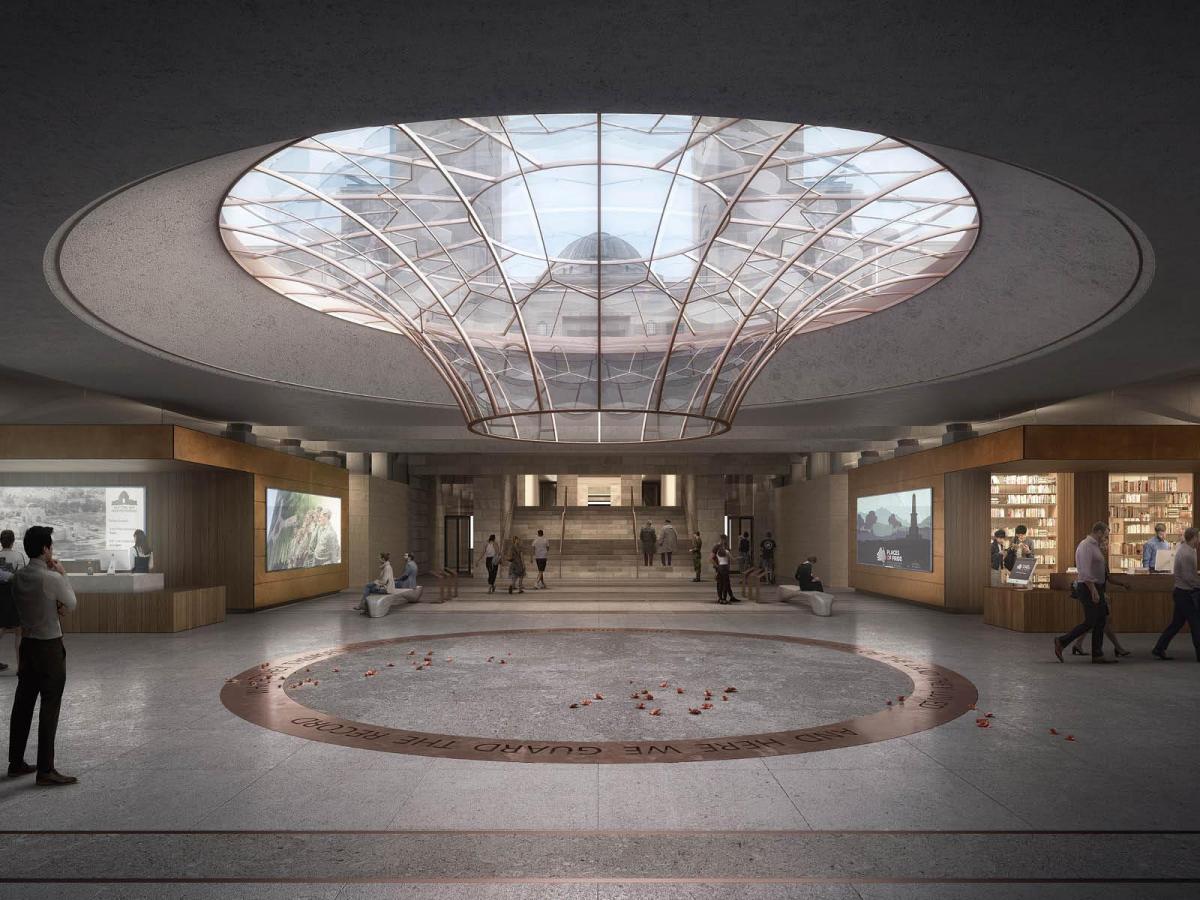